Fort Hope is both the center of the Federated Nations (housing the Palace of Nations which serves as the headquarters and meeting area) and the home base of the Windwalker Legion. Since its founding in 206 AC (and the destruction of the undead occupying the fort itself), it has grown significantly and now serves as the only major city in the Windwalker Confederacy and a trading hub, as well as the home of the Adventurer's Academy and the Adventurer's Guild. 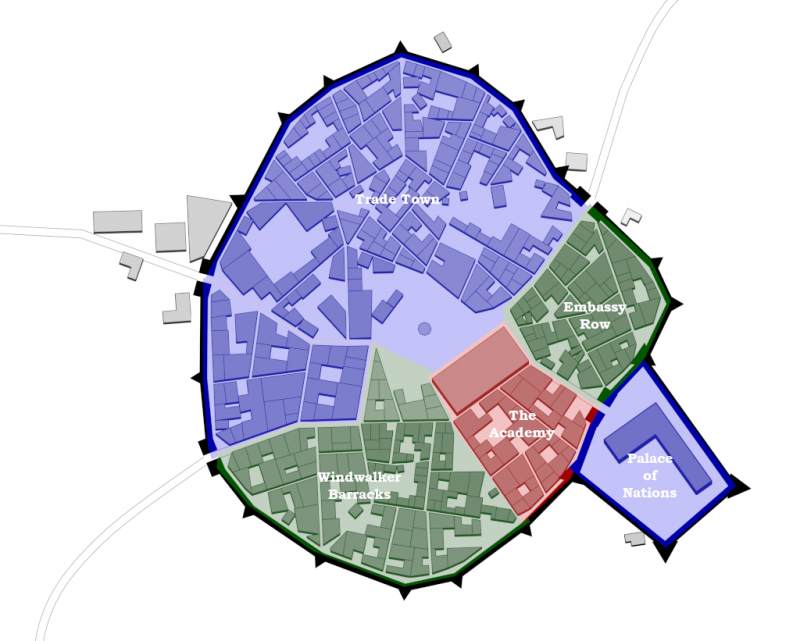