A region in the central Great Rift area of Soefra, Ithemba is home to two nations. Nestled between arms of the Riftwall Mountains, these two nations are much more civilized than much of the rest of the Rift. Until about 80 years ago (roughly 170 AC), the two were one nation (by the name of Ithemba). Demonic manipulation and hubris led to a civil war. More recently, intervention by the Southern Heroes freed North Ithemba from falling into the Abyss and have revitalized the area. Both North and South Ithemba are allied with (but not formally part of) the Federated Nations. Access from Noefra is via the Portal Network node at Exile's Watch, under the direct control of the Adventurer's Guild. 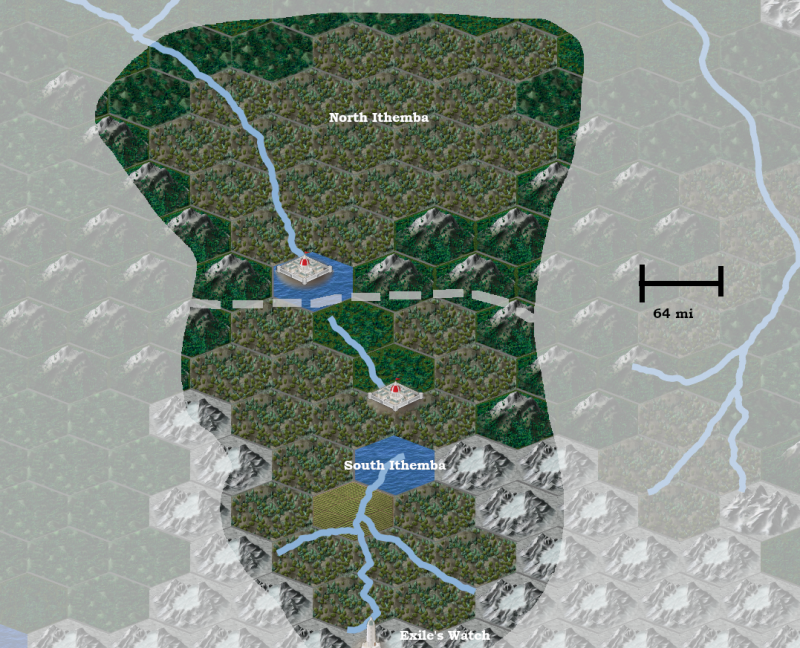