The largest freshwater lake in Quartus, Lake Coy'in (Rabbit lake in a now-dead language, from its vague resemblance to the head of a rabbit when seen from above) is the centerpoint of the Federated Nations area. It is also the lowest point in Western Noefra. Many rivers empty into the lake, but none exit. Even so, it is still fresh water. The density of elemental energy suggests that a major portal to the Plane of Ocean can be found at the deepest part of the lake, but none have been so fool-hardy as to go looking for it. 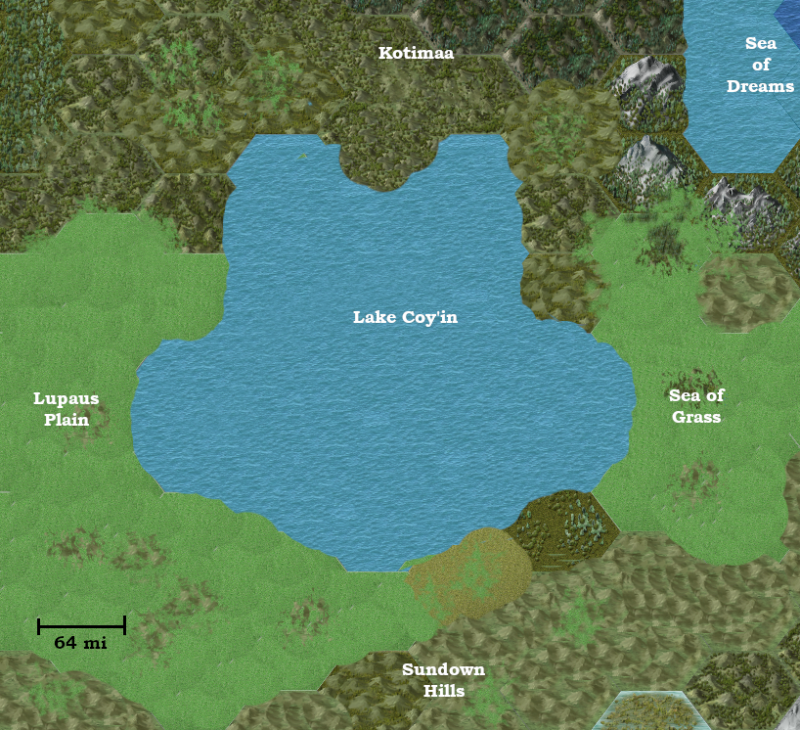 To the north is the great forest of Kotimaa. To the east is the Sea of Grass; to the west are the Lupaus Plains. To the south is Southshore. The Sea of Dreams is not that far to the north-east, separated from the Lake by the Seawall mountains.