Founded in 210 AC by King Theobard III and his dissident dwarven allies on the site of the former Aidas clan hold, Shinevog is the second-smallest nation in the Federated Nations. Focusing on technological and magical improvements, Shinevog has attracted many dwarves and others who felt constrained by tradition. As such, it's one of the most free-wheeling and "free" nations. The only law is the wheat-based one--"work if you want to eat."

Occupying the Aidas valley at the edge of the Giant Spine Mountains, it dominates the only over-land trade route between the rest of the Federated Nations and the societies of the mountains and the pass into eastern Noefra. As such, it has become quite wealthy in recent years. 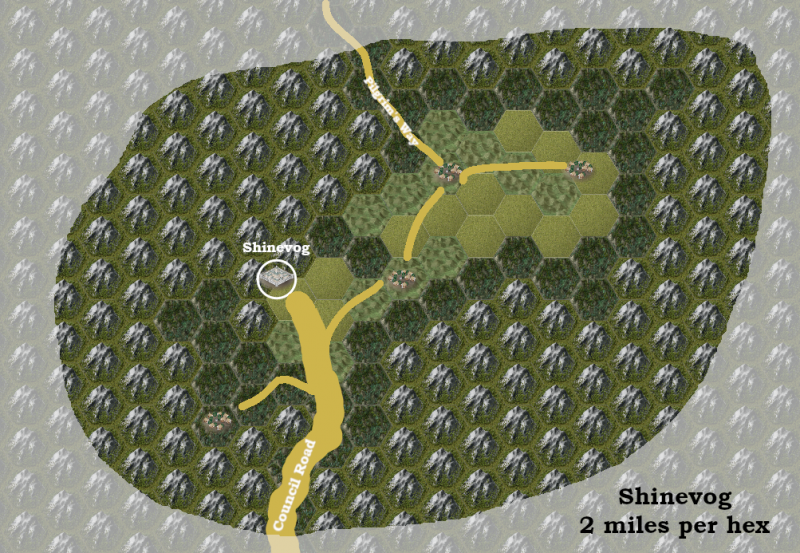