A large Y-shaped high prairie that dominates the central-southern region of Soefra. Home to the Kel'tan Empire, it has been altered over the centuries to be almost park-like. Wild terrain is only left in small "preserves" that are carefully tended so as to be artfully "wild". Ringed by mountains and at an average altitude of 7,000 ft., the highlands should be cold and dry. Instead, they've been transformed into lush grasslands by centuries of gwerin magics. 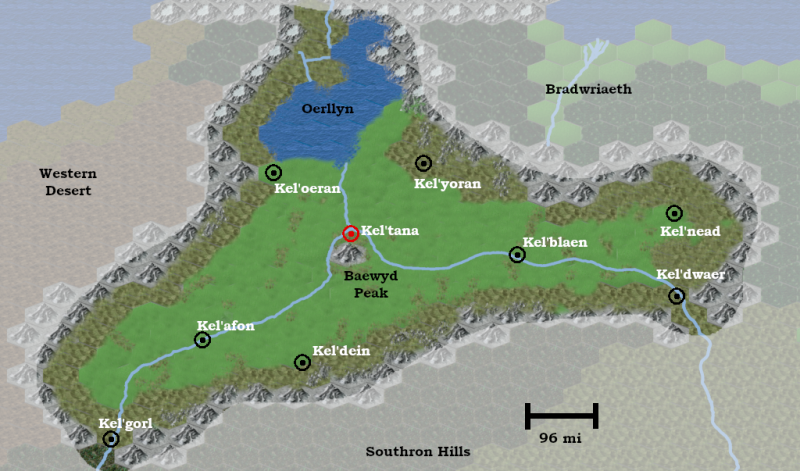 The northern area, near the Riftwall Mountains is dominated by Oerllyn (ORL-lin), a massive lake of very cold water. From this flows the Yoran river, which splits into the Gorlafon and the Dwaerafon (to the west and east, respectively) at the foot of Baewyd Peak. This peak stands nearly 25,000 ft, making it the tallest peak in Soefra and one of the tallest in the world. Built into its steep slopes is the capital of Kel'tana, the Eternal City.